Real GDP rose at a 6.4% annual rate in the advance estimate for 1Q21, held back by slower inventory growth and a wider trade deficit. Consumer spending (a 10.7% annual rate), business fixed investment (+9.9%) and residential fixed investment (+10.8%) were all very strong. Personal income jumped 21.1% in March, reflecting stimulus checks and deposits to households, which helped to fuel a 10.8% surge in spending on durables (which also reflected a rebound from February’s bad weather). The PCE Price Index rose 0.5% in March (+2.3% y/y), up 0.4% (+1.8% y/y) excluding food and energy. The Employment Cost Index rose more than expected (+0.9%) in the three months ending in March, but the year-over-year increase remained moderate (+2.6%, vs. +2.8% for the 12 months ending March 2020).

As expected, the Federal Open Market Committee (FOMC) left short-term interest rates unchanged (federal funds target range at 0.00%-0.25%) and did not alter the monthly pace of asset purchases ($120 billion per month). The policy statement was close to the one following the mid-March meeting, although the FOMC recognized that “indicators of economic activity have strengthened” and “inflation has risen, largely reflecting transitory factors.” In his press conference, Fed Chair Powell said that it was too soon to even talk about reducing asset purchases.

Next week, the focus is expected to be on the April Employment Report. We can expect to add more than a million jobs in April, prior to seasonal adjustment. The unemployment rate is likely to edge lower, despite an expected increase in labor force participation. The ISM survey results should remain consistent with a strengthening economy. 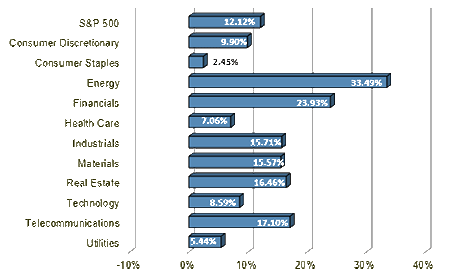 All expressions of opinion reflect the judgment of the Research Department of Raymond James & Associates, Inc. and are subject to change. There is no assurance any of the forecasts mentioned will occur or that any trends mentioned will continue in the future. Investing involves risks including the possible loss of capital. Past performance is not a guarantee of future results. International investing is subject to additional risks such as currency fluctuations, different financial accounting standards by country, and possible political and economic risks, which may be greater in emerging markets. While interest on municipal bonds is generally exempt from federal income tax, it may be subject to the federal alternative minimum tax, and state or local taxes. In addition, certain municipal bonds (such as Build America Bonds) are issued without a federal tax exemption, which subjects the related interest income to federal income tax. Municipal bonds may be subject to capital gains taxes if sold or redeemed at a profit. Taxable Equivalent Yield (TEY) assumes a 35% tax rate.The Dow Jones Industrial Average is an unmanaged index of 30 widely held stocks. The NASDAQ Composite Index is an unmanaged index of all common stocks listed on the NASDAQ National Stock Market. The S&P 500 is an unmanaged index of 500 widely held stocks. The MSCI EAFE (Europe, Australia, Far East) index is an unmanaged index that is generally considered representative of the international stock market. The Russell 2000 index is an unmanaged index of small cap securities which generally involve greater risks. An investment cannot be made directly in these indexes. The performance noted does not include fees or charges, which would reduce an investor's returns. U.S. government bonds and treasury bills are guaranteed by the US government and, if held to maturity, offer a fixed rate of return and guaranteed principal value. U.S. government bonds are issued and guaranteed as to the timely payment of principal and interest by the federal government. Treasury bills are certificates reflecting short-term (less than one year) obligations of the U.S. government.Commodities trading is generally considered speculative because of the significant potential for investment loss. Markets for commodities are likely to be volatile and there may be sharp price fluctuations even during periods when prices overall are rising. Specific sector investing can be subject to different and greater risks than more diversified investments. Gross Domestic Product (GDP) is the annual total market value of all final goods and services produced domestically by the U.S. The federal funds rate (“Fed Funds”) is the interest rate at which banks and credit unions lend reserve balances to other depository institutions overnight. The prime rate is the underlying index for most credit cards, home equity loans and lines of credit, auto loans, and personal loans. Material prepared by Raymond James for use by financial advisors. Data source: Bloomberg, as of close of business April 29, 2021.