With the previous week’s short-squeeze headlines behind us, investors remained optimistic about a fiscal support package, which passed the Senate by a vote of 51-50, with Vice President Harris breaking the tie.

Nonfarm payrolls rose by 49,000 in the initial estimate for January, while figures for November and December were revised lower. Prior to seasonal adjustment, the economy lost 2.7 million jobs, in line with the start of the last few years. The unemployment rate fell to 6.3% (from 6.7% in December, but up from 3.5% a year ago), with the decline concentrated in teenagers, young adults and older workers. The unemployment rate for prime-age workers (ages 25-54) held steady at 5.8%. The January ISM surveys showed continued strength in new orders, but the pandemic contributed to supply chain delays and input cost pressures (which should be transitory). Unit motor vehicle sales improved in January.

Next week, the economic calendar thins out, with the Consumer Price Index being the only major data release. An increase in gasoline prices is expected to drive the CPI higher in January, while restraint on rents should keep core inflation on a moderate trend. Fed Chair Powell will speak to the Economic Club of New York on Wednesday. The topic is the current state of the job market. 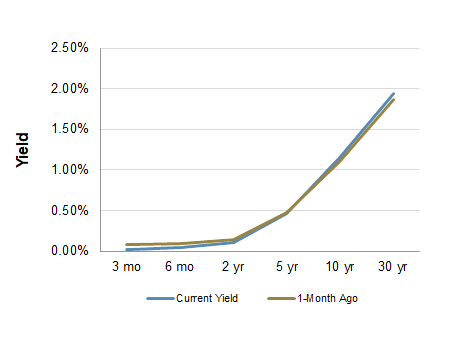 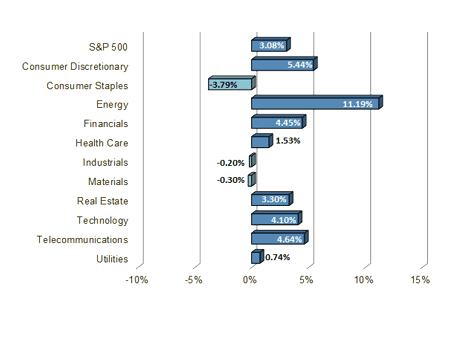 All expressions of opinion reflect the judgment of the Research Department of Raymond James & Associates, Inc. and are subject to change. There is no assurance any of the forecasts mentioned will occur or that any trends mentioned will continue in the future. Investing involves risks including the possible loss of capital. Past performance is not a guarantee of future results. International investing is subject to additional risks such as currency fluctuations, different financial accounting standards by country, and possible political and economic risks, which may be greater in emerging markets. While interest on municipal bonds is generally exempt from federal income tax, it may be subject to the federal alternative minimum tax, and state or local taxes. In addition, certain municipal bonds (such as Build America Bonds) are issued without a federal tax exemption, which subjects the related interest income to federal income tax. Municipal bonds may be subject to capital gains taxes if sold or redeemed at a profit. Taxable Equivalent Yield (TEY) assumes a 35% tax rate.

Commodities trading is generally considered speculative because of the significant potential for investment loss. Markets for commodities are likely to be volatile and there may be sharp price fluctuations even during periods when prices overall are rising. Specific sector investing can be subject to different and greater risks than more diversified investments. Gross Domestic Product (GDP) is the annual total market value of all final goods and services produced domestically by the U.S. The federal funds rate (“Fed Funds”) is the interest rate at which banks and credit unions lend reserve balances to other depository institutions overnight. The prime rate is the underlying index for most credit cards, home equity loans and lines of credit, auto loans, and personal loans. Material prepared by Raymond James for use by financial advisors. Data source: Bloomberg, as of close of business February 4, 2021.