The third estimate for 2022 Q1 GDP from the Bureau of Economic Analysis was a real shocker. It was a shocker not only because it was released a day before the end of the second quarter or because it was revised further down to -1.7% from the second estimate of -1.6%. It was a shocker because of the large downward revision made to the growth in personal consumption expenditures (PCE) and the large upward revision to the growth in gross private domestic investment (GPDI). PCE went from an estimated growth of 3.1% in Q1 to a growth rate of only 1.8% while GPDI was revised up from 0.5% during the second estimate to 5.0% during the third estimate.

The downward revision to PCE, which accounts for approximately 70% of GDP, changes this year’s trajectory for GDP growth, as the revision showed that what had been considered a strong consumer sector was significantly weaker than thought. It now appears that inflation had been taking much more out of real consumer demand than what the previous estimates were showing. 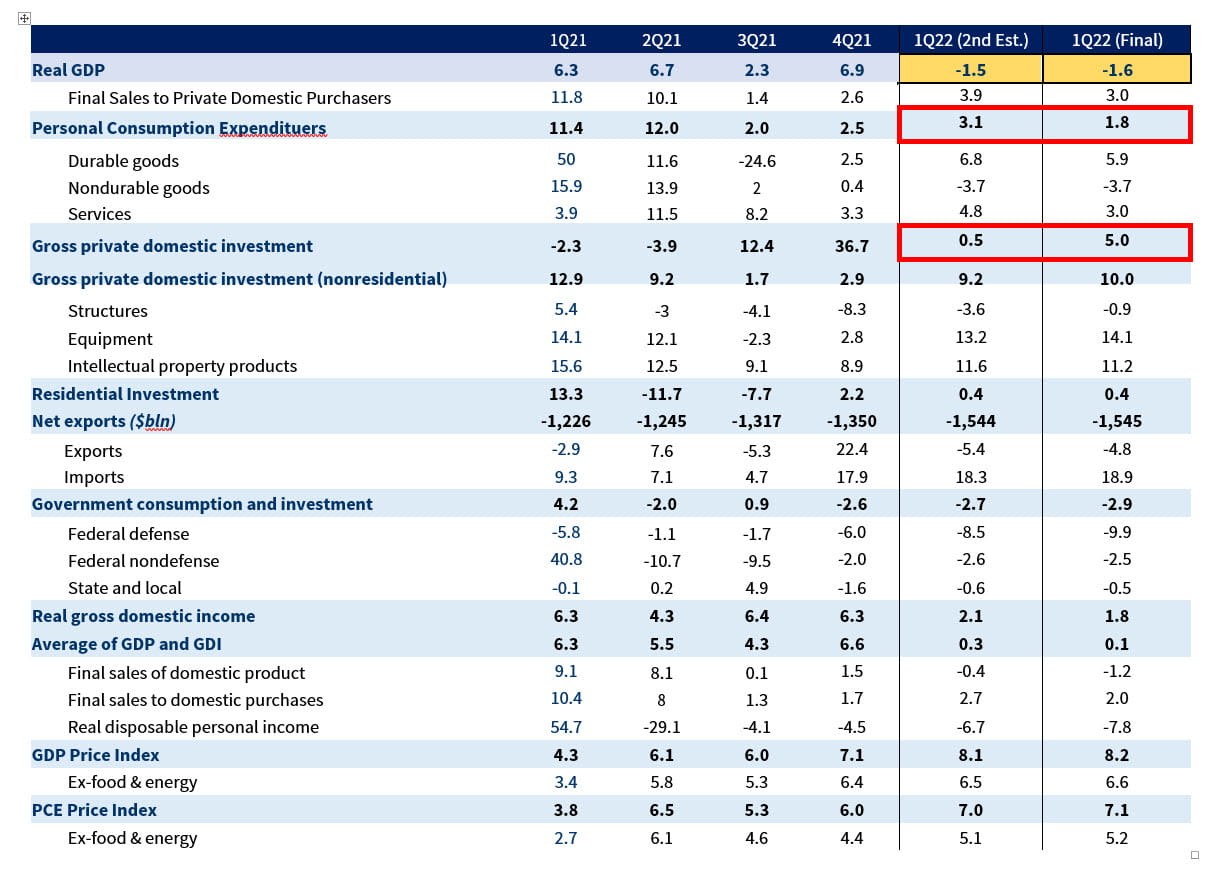 -0.4% in May after increasing 0.3% in April puts the trajectory for consumer demand on an even weaker path than in Q1. Having said this, we still believe that personal consumption expenditures will remain positive in the second quarter. But the weakening in personal consumption expenditures is calling into question the staying power of the US consumer as well as the staying power of the savings accumulated during the COVID-19 pandemic.

What is in store for the Federal Reserve?

This week’s information could be a game-changer, again, for the Federal Reserve (Fed). The only thing that is still not certain is the path of inflation. The core PCE price deflator came down from 4.9% in April to 4.7% in May and if this year-over-year decline is sustained over the next several months, the Fed may not have to raise interest rates as high as markets are expecting today.

We still believe that July’s increase in the fed funds rate is going to be 75 bps but after that, the path seems less certain, especially if core PCE continues to slow down. Two weeks ago the higher than expected CPI plus the preliminary Michigan Survey five-year inflation expectations sent shivers into Fed officials and they decided to ‘up-the-ante’ This week’s revision to personal consumption expenditures growth during the first quarter of the year, even though it was ‘water under the bridge,’ puts consumer demand at a weakened pace compared to previous expectations. This means that there is a real possibility that inflation numbers during the second half of the year could come down at a faster pace than markets were expecting before.

This also means that current monetary policy (plus inflation) has been very effective in slowing down consumption and could prompt Fed officials to be more patient with their future rate increases because the economy is on a clear slowing path.

For the last twelve months until earlier this year, we expected the Fed to remain accommodative to help the economy ‘accelerate’ its way back to its pre-pandemic levels. However, as inflation started to increase significantly, we changed our view to a more ‘Neutral’ Fed, which is where interest rates are consistent with the Fed’s dual mandate of full employment and price stability. At the time we believed a moderate increase in rates would have sufficed with inflation peaking by March, on a year earlier basis. However, the sudden increase in oil (gasoline) and food prices brought about by the Ukraine-Russia conflict changed the whole inflationary path. By June, the Fed changed its tone and went into a more aggressive posturing with a 75 basis points hike after a worse-than-expected CPI reading and five-year inflation expectations moving higher than expected. With this fast change of heart, the Fed is expected to continue to raise rates likely to a ‘Restrictive’ level, which will put further pressure on the economy. Currently, we don’t expect the Fed to have to raise rates as high as the FOMC projections of 3.8%, but if inflation doesn’t improve quickly, it will likely have to move into the ‘Restrictive’ territory. 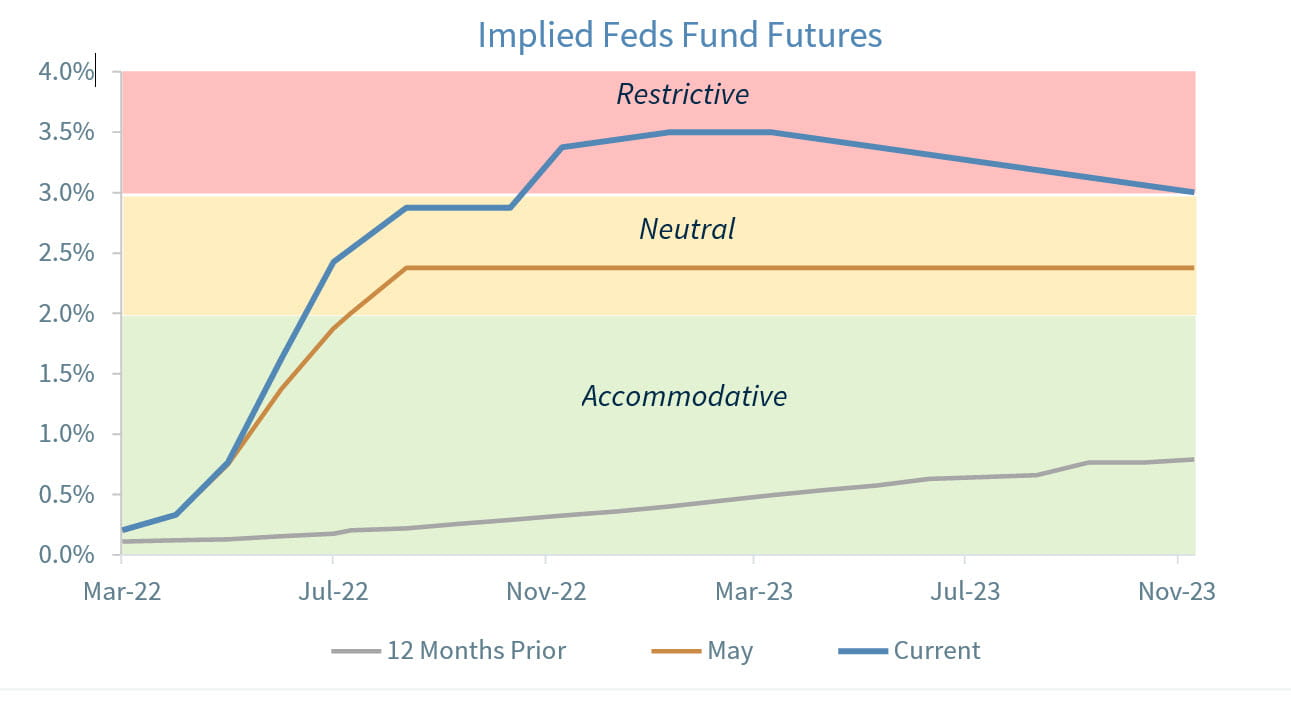